I’m at my residency at the Hambidge Center in Georgia!  It is just over the North Carolina border.  Had a wonderful weekend in Knoxville and Asheville with my husband and in-laws before that.  Saw some great art and eric bought some amazing ceramic work from an artist and banjoist named Akira Satake.  After we bought the work from him, I looked him up and saw that he had a workshop at Hambidge this summer!  Small world.

I know the large crack in my windscreen is distracting, but I was following a trio of Brad Paisley trucks. Of course, this particular pass in the mountains is not a great place to try and snap a picture, and an even worse place to be stuck with three eighteen wheelers….. 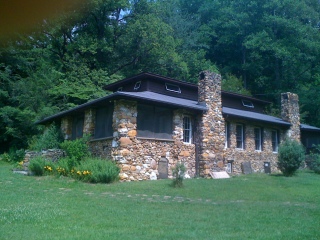 This is the main building in Hambidge (named Lucinda’s Rock House) where we drink wine and are served southern delicacies for dinner- (last night it was the most beautiful and tasty selections of okra, biscuits, black eyed pea cakes and tomatoes with baked peaches for dessert).    Both well deserved after long, hot studio days (of which I’ve only had two, so I’m really thinking I’ll be more deserving in a week or so….)

Inside the rock house. Totally lovely!

This is an example of one of the too-cute studio cabins. 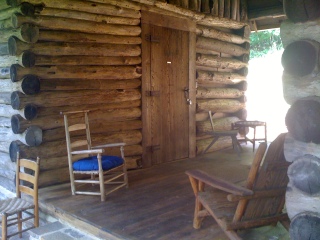 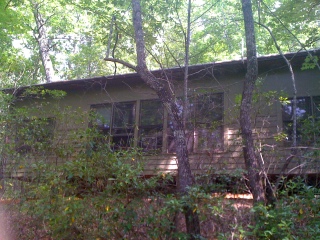 What my studio lacks in exterior cuteness in makes up in sheer interior space.  Let’s hope the bears don’t want to share my space. 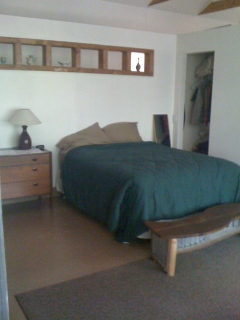 Newest stump for the collection. This one is fired ceramic and fiber. Love this black clay!
Looking back to ‘Flood’... 🌊🏡 I borrowed this plastic toy from @melaniehart (and never gave it back), and I had a transcendental experience early in the morning at the pond at #sweetbriar during my residency at #vcca.... this video inspired a lot of work and has made cameos in many of my installations.
This time last year before the world shut down.
Turning some paper works into clay...
Thank you snow and President’s Day for some extra studio time last week! (But ready for sun and warmer temps!) More explosions in the sky. 💥 Ink and gouache on paper.
Ink splotch plume with salt